The flash of headlights and street lamps rushed by her reflecting in the train window lighting up the area where she sat. Most of the over head lights were out or flickering around her. The sun had set many hours ago giving way to the buzz of night life. She had caught the last train back from the city hoping it would be barren.

The humor of his offer made her blush in the dark alone. Tempting as it was, she could never bring herself to accept it. The cool feel of the glass window against her head only mildly tampered her growing heat at the thought of meeting him on a train for the first time. Even more so, the thought of having meaningless sex in a moment of spontaneous passion was not who she was. The secret longings she carried would remain secret from the world.


The train slowed to a stop and again her car remained empty as it pulled away from the station. Soon the lulling sound of the wheels over the tracks eased her back into her thoughts. Slipping off her shoes from her tired feet she brought her knees up and rested her feet on the bench across from her.


She watched her legs rock with the motion of the train. It caused her to wonder what his hands would look like on her skin. Biting up her bottom lip, she touched the top of her thighs palms down and ran a soft gentle line to her knees. The red polish on her nails stood out on her milky soft skin. Her hands circled back down between her thighs pushing the soft pink cotton dress up. She was sure her black panties were peaking out.


Sliding her hand down inside her panties, she grazed over her naked skin feeling hot swollen wet flesh begging to be pleasured. She allowed her middle finger to stroke over her clit triggering a slight quiver as her knees drew up. With un quickened movements, she slides her middle finger between her lips and back up circling her clit again.


Hearing her own voice let out a moan of delight she had not even noticed the train had stopped. Her hands seemed to be exploring her as if for the first time. Her breath grew into a soft pant with the increasing pressure of her fingers on her wet clit. She licked her top lip letting it linger in the corner of her mouth as her body demanded more, bring her closer to the flood of release. 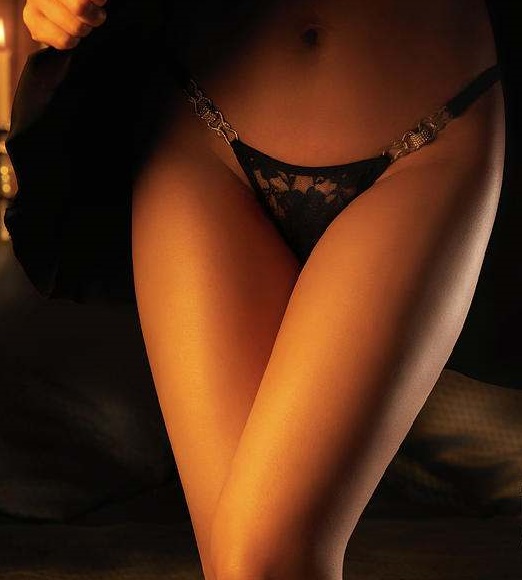 The train jolted forward catching her attention. She gazed up and saw him standing there. A hungry gaze washed over him before her. They were alone and for the first time meeting face to face.


She gazed down to her hand inside her panties. He walked towards her and lifted her leg closest to him and sat down across from her resting her foot on top of his knee. She looked at his hand around her ankle. He was tan against her skin. Reaching down he placed her other foot on his other knee.


He watched her pull the panties further off to the side. Her hand starts to move along her skin slowly. She watches him as he watches her hand. Her legs fall open further reveling all of herself to his eyes. His grip around her ankles tightens as she does. A sudden excitement washes over her at the thought of him watching her touch her pussy. She felt sexy and dirty.


She sits up slightly and pulls off her pink summer dress baring her black silk and lacy bra to him. The dress slides from her hand to the seat next to her. His eagerness for her to uncover all he has been fantasizing about shows on his face.


Reaching up behind her she unclasps her bra. Her breasts easily bounce out of it with the motion of the train. He gazes with a heavy stare as she slips her arms out and lets it glide from her hand to the floor. The only thing that separates her from his desire is her panties. She is aware of this and for that reason leaves them on.


Leaning back to the seat she again pulls the material off to the side and grazes her finger tips over her very wet pussy for him. With deliberately slow movements she spreads open her lips feeling the cool air wash over her moist swollen flesh.


He watches her rub her pussy. “Slide your finger in,” he demands. He sees her finger enter and with one thrust in he watches her start to drip with desire. Without thinking, he slips from the seat and kneels before her. His tongue teasingly licks at her opening as she fingers herself slowly. Her back arched with a deep pleasure of his touch. She had imagined and fantasized so many times of this moment.


Her moan echoed throughout the car in the dark for him and him only to hear. His tongue trailed down the crack of her ass where all her wet desire for him pooled. His mouth lingered for a moment. Moving back up, he was not tender about it. Grabbing for her hand he pulls her finger out closing his mouth around it. Their eyes lock and her mouth parts slightly as he teases her finger with his tongue. Trailing his tongue down between her fingers he slid his tongue between them suggesting what he was about to do to her pussy. He let her hand fall from his and he slides his tongue inside her as deep as he could go. God she is tight. This pussy is going to feel so fucking good sliding up and down my fucking cock.


She took up the material of his shirt at his shoulders and moaned, “John.” He had been waiting to hear her voice, for her to say his name. This moment was going to replay in his mind for a long time.


He flicked sucked and licked at her opening. Every motion made her crazed with a need for more of his touch, his tongue, and more than anything, his hard cock. She craved to feel the first thrust of him, of his cock into her. She tried to rise up and off the seat towards him, but he pushed her back down.


He smiled at her with the most devilish of smiles. “I am not done with you yet.” He could see the frustration of her desire to control what she wanted to happen in her expression. Tracing a circle around her opening he asked her, “Do you want me?”


Her gaze was wild. She felt his finger enter her pushing deep. As his touch grew needy with his own desire to be in her, she started to peak. His gaze never left hers as her body and cries of long awaited release exploded.


He leaned over her. Pulling his hand from inside her and he cupped her breast firmly. She felt his eager warm mouth cover her nipple. This was too much for her to handle. “John, please I need to feel you inside me.”


Soft labored words of her begging desire, got to him and he ripped the panties from her body. She gasped with surprise. He stood and removed his pants just as fast. Grabbing her around the waist he pulled her on top of him.


They were now face to face. She studied him for a moment almost as if she was silently introducing herself to him. He ran his hand up threw her hair and he squeezed tilting her head to the side. Their lips lingered but an inch away from one another until, finally, he closed the distance.


He pulled her body closer rubbing her dripping wet pussy on the length of his hard long cock. He moaned into her mouth and he felt her body tense.


The vibration of his voice rushed through her like a fire. This only fueled her need to feel him penetrate deep inside her. She was throbbing for him. Lifting her bottom up, his cock landing at her opening and intense gaze in his eyes told her he would not tease her any longer.


He grabbed at her waist and squeezed her tight as she went yet further down the length of his dick. Whimpers of his name escaped past her lips as she did. His hands moved to her ass as she took him in deeper and deeper. Her bottom made contact with his thighs and she sat still for a moment adjusting to his size. She kissed him hard, harder than any other person before him.


She moved her tight wet pussy up and down on him with a slow steady motion until she felt a sharp pinch of the start of his explosion within her.


After a moment she climbed off of him and grabbed her purse and pulled out some tissues, shoving them between her legs. They felt the train begin to slow as it approached her stop. Grabbing her bra she placed it in her purse and threw her dress over her head. John handed her shoes to her.


Smiling at him she took them and hurried to the door.


John called out to her before she descended down the steps,“Caroline.”


She stopped and turned. Their eyes locked one last time. As she watched the corners of his mouth turn up, she blew him a kiss.


John walked back over to where they had just been entangled into one another. Bending down he picked up her torn black panties from off the seat. As the train pulled away he watched her run along the sidewalk and away from him.
Posted by Cary at 10:00 AM 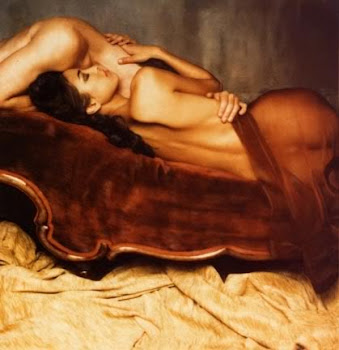